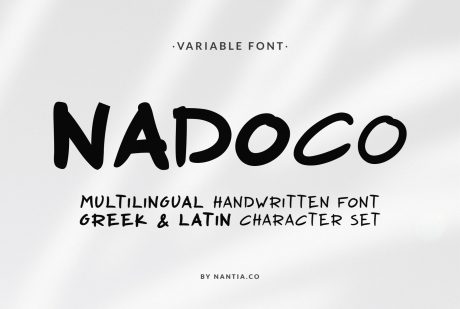 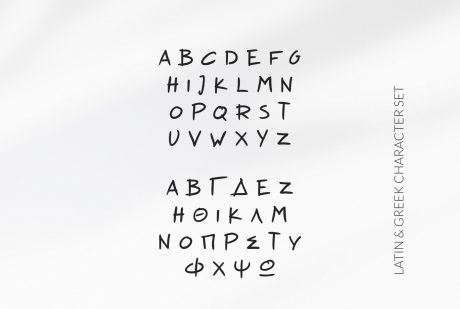 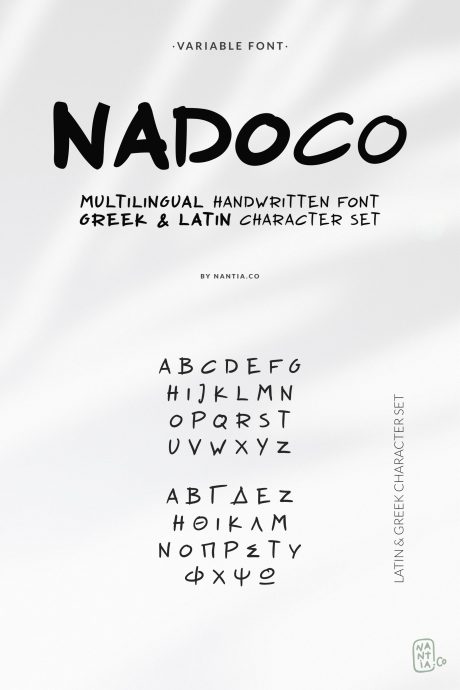 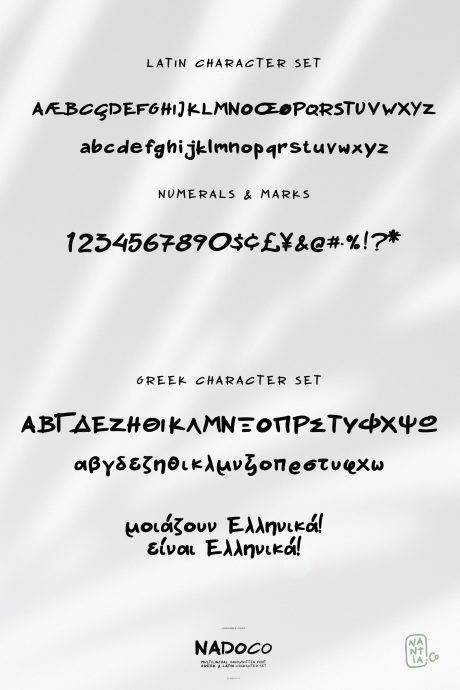 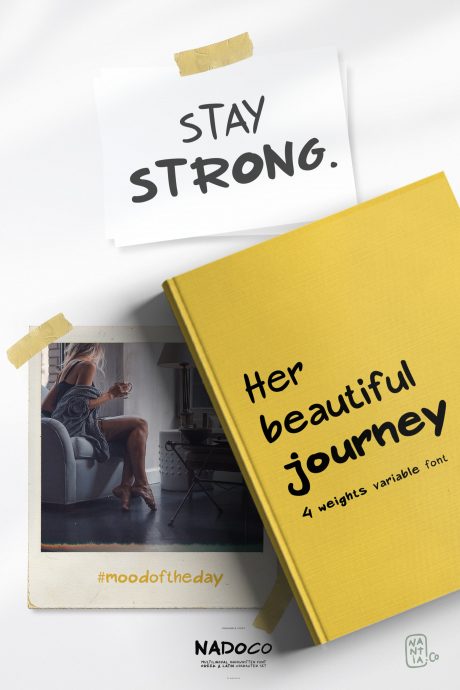 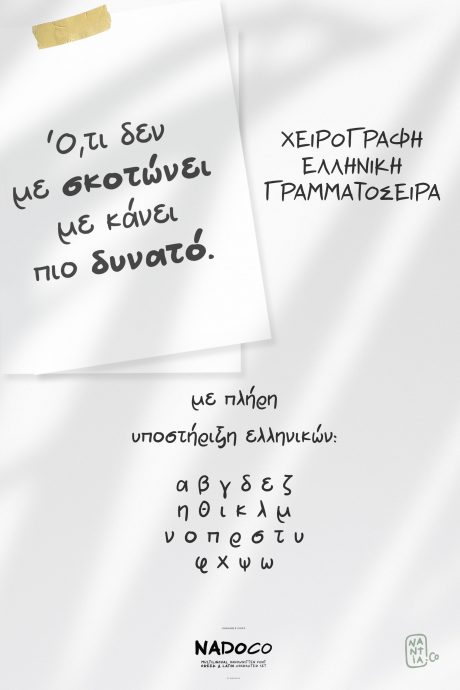 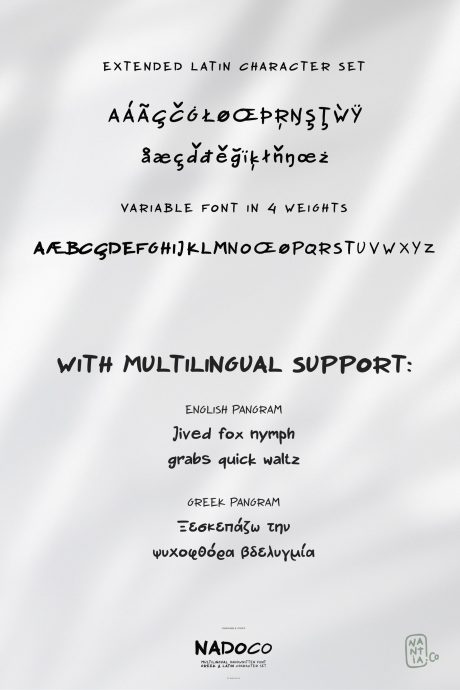 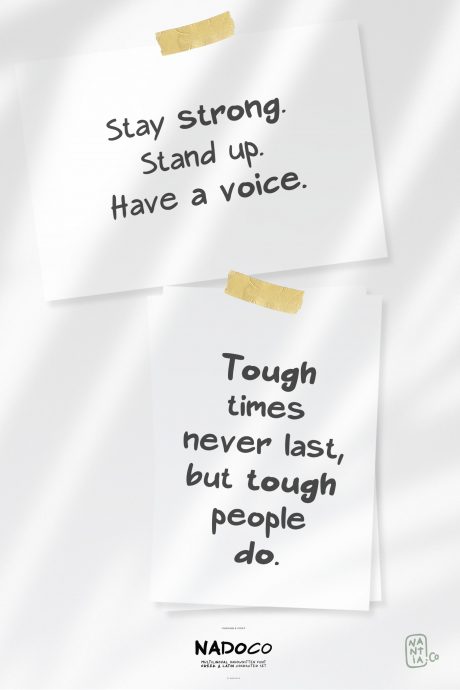 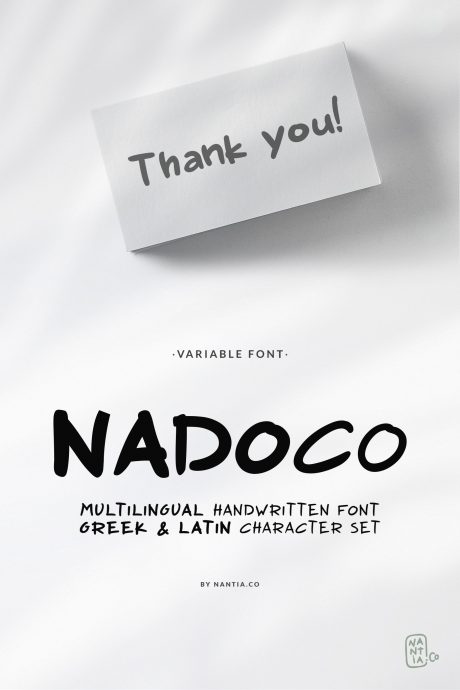 This font is an adorable hand-made variable font with five weights and a lot of personality. From “hand-written” quotes on Pinterest and Instagram, to product packaging design, and food branding projects, Nadoco Variable Handwritten Font is so versatile that it can cover them all.

What is a variable font?

How can I use a variable font?

You simply install the font as you would normally do. The latest releases of Illustrator and Photoshop CC have now a new option: if you select a variable font in the fonts drop down menu, a slider will appear. Play with the slider to adjust the weight of the font.

Please check this easy quick guide on how to install and start writting in Greek.

This website uses cookies to improve your experience while you navigate through the website. Out of these, the cookies that are categorized as necessary are stored on your browser as they are essential for the working of basic functionalities of the website. We also use third-party cookies that help us analyze and understand how you use this website. These cookies will be stored in your browser only with your consent. You also have the option to opt-out of these cookies. But opting out of some of these cookies may affect your browsing experience.
Necessary Always Enabled
Necessary cookies are absolutely essential for the website to function properly. This category only includes cookies that ensures basic functionalities and security features of the website. These cookies do not store any personal information.
Non-necessary
Any cookies that may not be particularly necessary for the website to function and is used specifically to collect user personal data via analytics, ads, other embedded contents are termed as non-necessary cookies. It is mandatory to procure user consent prior to running these cookies on your website.
SAVE & ACCEPT
error: Content is protected !!